My background is varied and interdisciplinary. Both my Bachelor and Masters degrees are in Psychology, and I worked in clinical psychology for the better part of a decade before returning to university to embark on doctoral studies. The earlier training held me in good stead for my Ph.D. research which was focused on the linkage of strategy and human resource management in international joint ventures. I am currently at Simon Fraser University as a Full Professor with tenure in Management Information Systems.

Since 1994 my primary role has been as a university professor, coupled with activities in the business world. I joined Simon Fraser University (SFU) in 1994 as an Adjunct Professor, and carried a very full teaching load (of up to 8 courses in some years), while at the same time conducting research, publishing, and organizing a consulting practice. An opportunity arose for full-time academic employment at the start-up Technical University of British Columbia (TechBC) in 1998. As one of the founding faculty, I was involved in numerous activities to shape the mission, curriculum and structures for TechBC. More specifically, I developed the Management and Technology program until the closure of the university in 2002. At this time, TechBC was merged into SFU, and another academic chapter began.

As the President of Global Alliance Management (1993-2004), I provided consulting and training services in the area of joint ventures and strategic alliances to small and mid-sized companies. During this time I made numerous public presentations on the topic of joint ventures or alliances, and developed a program in alliances for the British Columbia Trade Development Corporation. As a Director of Canada Sri Lanka Capital Corporation (1994-2003), I was involved in the development of an agro-industrial joint venture in Sri Lanka. 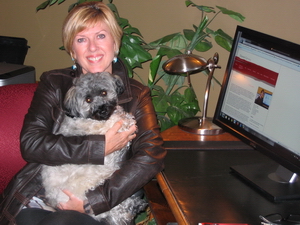